The Four Horsepersons of the Tarot Part Four: The Knight of Pentacles plus lovely pics from a Brigid ritual!

Holy crap, Kittenz. Yoga kicked my butt tonight. My favorite studio, Mind Body Soul in Washington Heights (where I also read for people in person!) has moved to a membership format which means if I actually want to do yoga, I actually need to show up and do yoga, at least twice a week. It was a great class tonight, but here’s my post-yoga selfie:

So, bear with me if this blog is tired and rambling. Onward to the Knight of Pentacles!

Here’s the thing about this Knight. Of all four of the Knights, he is the most dependable. The Knight of Swords is rushing into something with fierce abandon, but we have no idea if he’s going to make his target or go flying off a cliff. It’s the same with the Knight of Wands. They’re both on racing horseback and while we commend them for their energy, we don’t commend them for their precision. The Knight of Cups is a little more stable, but he’s also trotting and trotting means “sometimes flighty” in some sort of horse language. I don’t know. I don’t know anything about horse language.

But I do know that the Knight of Pentacles is the stable guy because his horse has all four feet on the ground. He doesn’t move as fast as the other two Knights, but he always delivers.

Potential meanings for the Knight of Pentacles

In love: The Knight of Pentacles may not be the most exciting, handsome, or daring card in the deck. But he is the one who will be there for you through the tough times. He’s not going to run off like Don Draper in Mad Men at the sight of a new tush. If you get this card as an answer to a question about a relationship, the course may be slow (particularly if this is a new relationship), the basis for the relationship is strong and has a long future ahead of it. If this card is reference to a long-term relationship, things may have slowed down out of the spicy honeymoon stage, but there’s a long and healthy future ahead of it.

In health: Like the questions about wealth, the Knight of Pentacles is a good sign in health. It can indicate a slow, but thorough, recovery from illness. It can also mean a slow but complete turn around in fitness and healthy eating. It does not suggest crash dieting or quick results. It does indicate that the process is a good one with great results at the end.

As a card of the day: Make practical choices and embrace grounded options. Nothing should try to happen overnight.

I received the sweetest email from a woman who read Brigid. Her Coven based their Imbolc on the ritual described in it as well. Here are photos from what looks like a beautiful night!

Thanks for reading, all! Hope you’re having a great night! 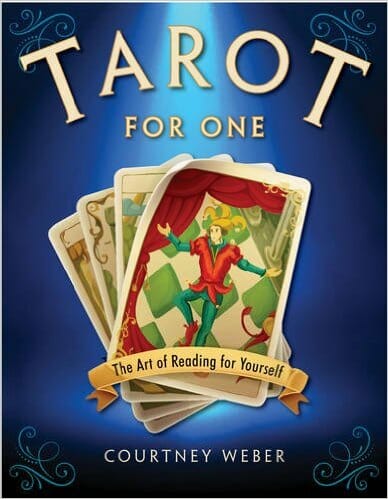